Earlier this year I shared my first blog under the Demystifying Mental Health series here on Musings. As I mentioned in that piece, between Nov 2020 and April of this year (2022), I experienced the longest and 2nd worst bout of depression in my life and what I was sharing in that post was an excerpt from a therapy exercise I had done at the end of 2021- literally New Year’s Eve night. I have been reluctant to share more from the therapy exercise although I promised I would. It was not up until this past week that I knew I had to share at least the excerpt below where I responded to questions on my experiences with suicide ideation.

What happened this past week? Well, I have been preparing for my water baptism for the past 3 weeks and this past week, as I meditated it was clear that I couldn’t share the story of my baptism- this renewal of vows and symbol of being ‘reborn’ – without speaking of how I have sought death. The testimony wouldn’t be complete without it; the symbol won’t be appreciated nor understood. And as I mentioned to a friend this past week, if by writing about my own struggle I enable another who is struggling also feel seen, I would like to do so. If by sharing this I give someone else permission to speak then thank God something came out of what I would rather not have had to endure. In the end, that is what I write for – to contribute to creating empathy reading the stories of others has developed in me.

Prior to reading the below excerpt of my interview with myself that focuses on suicide ideation, I implore you to watch this short video because I have left my answers as they were written in the original interview. I want to be transparent with how I felt then. I don’t want to invalidate those feelings or gloss over them. But how do I feel now? Today? It’s in this video.

On Suicide Ideation (Questions from Michelle)

I’ve had episodes of suicide ideation about 6 times in all; twice between my secondary and high school years, once in 2019, and thrice this year alone (2021). The only time I’ve gone through with an actual attempt was in 2007. In the episode prior to that, I bought the poison but was caught… I think I wanted to be caught. It was more of a cry for help because I left clues.

When I think back to the 2007 attempt, and the previous episode of ideation I think I felt the most unloved and unlovable I ever have. As in, I felt it was right that they didn’t love me and the living was just wasting time towards the inevitable… so it was more of “it’s best for everyone, myself included”.

However, recent episodes have been more selfish. I’m tired of trying and I want to rest.

Finding a way to die is hard eh… Especially when you have an anxious personality. Mostly the process is wondering what way you can go effectively and easily. Most attempts don’t work, and could leave you alive and worst off- paralyzed, handicapped… with even more problems to add to what you already have…

Yes, I was disappointed on that night. Frustrated because even giving up wasn’t working. But I had a spiritual encounter that night as well. The TV came on while I was crying after throwing up the overdose involuntarily and it was on a channel I wouldn’t have chosen to watch at the time. A televangelist I really do not relate to today was praying and literally doing altar calls. I prayed for my first time desperately asking God for help in anger. Basically saying “well since you didn’t let me die, you better make sure living will be worth it, I’m surrendering to you”.

I was disappointed that night. But within a year and since then I have not been disappointed. I have since that night tried to make life worth living and I do believe God has helped me make it because what I’ve become is literally out of nothing. That Monique had nothing and no one of her own. The relationships I have now, are not what was given to me at birth, they were who I found myself. They are a gift of my first surrender, and so I’ve never felt as bad as that time.

No one stopped me, my body had a visceral reaction to the overdose of pills.

Prior to that, when I had the first ideation, went to buy rat poison. I had told my cousin-at-heart, Christy, I had bought it and that she could have my stuff when I die. She thought I was joking but took precautions and reported to the school that I should be checked at the gate. The teacher on duty found it and basically dealt with me by insulting me as much as possible.

I was told my mother was told I’d bought rat poison and that she had been hurt by that but then that was 2005/6, she was in the U.S and I was in boarding school. It was never discussed. The person that told me was the teacher ‘guarding’ me at school who shared that info with colleagues in the staff room to further insult me for me being “a child who brings her mother pain and will regret it”.

Till today no other family has spoken about it. But then there’s a lot we don’t speak on.

Well, I would understand them. This life is just senseless on most days. Whether or not I would try to stop them depends, to be honest. I like to think I’ll try, but I know it’ll depend. Sometimes holding on to people is selfish. I have been there and writing a list of reasons to live, anything to keep you going is hard. You find yourself writing things like “Aunty Mariline’s birthday is next month and you’re supposed to do this or that- you should live till then” Or thinking “If you die here, Bertha would have to move out and she’ll be traumatized, wait until you’re elsewhere…”

It’s those little things because the big things require too much faith/hope.

I wouldn’t say being hopeless is a ‘strength’ nor is it a weakness. Being hopeless is just that, being hopeless. I think that those who see people who are suicidal as ‘weak’ have the mistaken belief that enduring is a sign of strength. I do not want to be strong if all my strength is defined by how much pain I can continue to endure.

Yet, I would not call being suicidal strong. But I understand those who have this perspective too… it’s grounded in the fact that you have no fear of death, a fear which cripples many. I should say being suicidal doesn’t mean we don’t fear death, it means we fear other things more. We know there are worse things than dying. A living hell. There is a power in that, in having nothing to lose.

If you have any questions, thoughts etc. Let me know in the comments. But if not, enjoy this gallery of my photos from my baptism and thank God with me for the turnaround in a year… 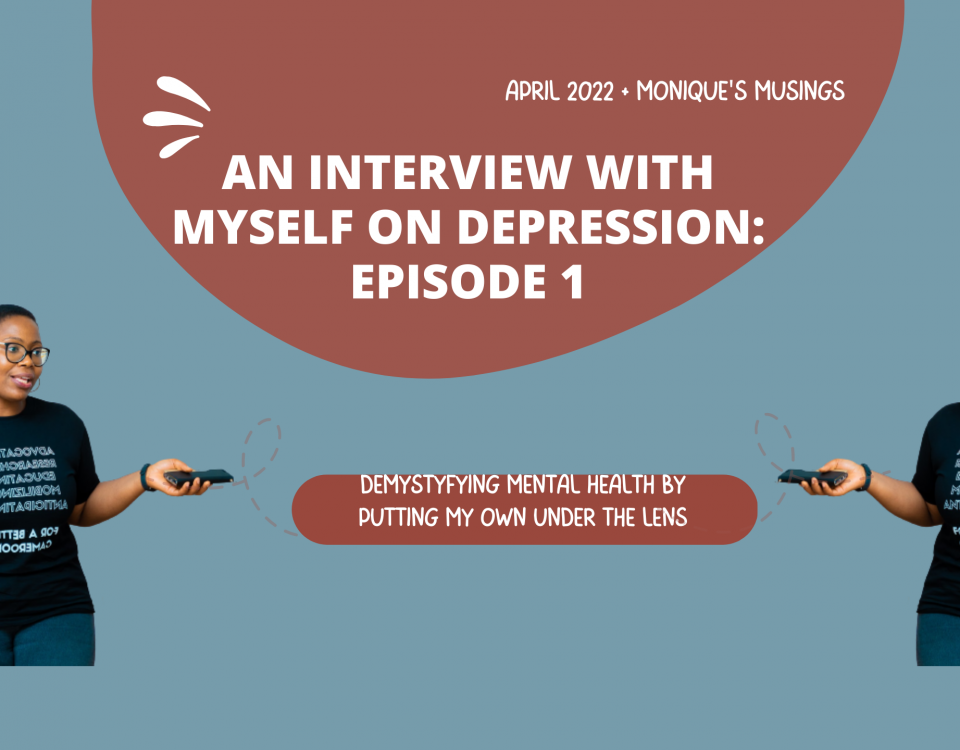 An Interview with Myself on Depression: Episode 1