Faith Lessons in Times of COVID19: A short vlog

Dear Fellow Cameroonians, Do us a Favor and Educate Yourself this Women’s Month!

As someone who is very vocal about being a feminist and someone who teaches feminist studies, I would get tagged on Facebook posts meant to ‘trigger’ my reaction on a DAILY basis. Thankfully, I unfollowed the worst offenders and used the security options to limit who can tag me on posts.
Still, I am acquainted with people who send me things directly either to make their argument “see what is wrong with that you people’s feminism?” Or to genuinely ask “what do you think about this?”
The latter are few and far between.
A while ago, I came across a post by writer Chika Unigwe which struck me. I cannot find the exact tweet, so to paraphrase her:

“I do not owe anyone knowledge on social media. Unless you are a student in my classroom, it is not my responsibility to educate you”.

The statement might seem outright arrogant and elitist. After all, those who don’t share knowledge are just being selfish right? Nope, that’s not right at all. The statement is not grounded in the refusal to share knowledge, but rather in the refusal of the obligation too often forced on those who are conscious, those who are marginalized and oppressed to do the FREE and emotionally-draining work of educating those who partake in oppressing them.
Audre Lorde puts it best in her collection entitled Sister Outsider: Essays and Speeches:

Too often, those who request explanations from believers and advocates of a certain cause- whether that is believing in Christianity of advocating for feminism or protesting Anglophone marginalization- do so from the position of “I already know I’m right, but I want to have fun” or “my knowledge is superior, I dare you to prove me wrong”. As such, explaining anything becomes a sort of thesis defense.
Imagine it: having to regularly defend that you are just as human and deserving of equal opportunities, equal rights, and just treatment. That is what feminists have to do online nearly every damn day. And this is because most people don’t know what feminism is. They don’t want to. We all have the ability and resources to educate ourselves, and if one’s curiosity is genuine they would put in the work, and look for reliable sources rather than jump the wagon and preach based on social media posts often taken out of contexts. And that is just it, a lot of the curiosity is not genuine so they don’t put in the work. They ‘just share’ what suits their own pre-conceptions. So why- unless you’re paid for it- would anyone want to engage in educating them?
God knows I’m tired of it and after this blog post- where I’ll be sharing my perspective and details on an ongoing campaign that can serve as a resource for the genuinely curious-  I’m resigning from it.
Last year, I was interviewed by Toridey on a variety of issues, feminism among them. Please see the video below:

This year, my organization Better Breed Cameroon is running a #WomensMonth2020 campaign on all our social media to shed light on women whose contribution to nation-building has been undervalued,  women whose sacrifices and abuse has been given inadequate attention and the general status of gender issues in Cameroon that speaks to just why we need feminism.

See below release for details:

From now henceforth, this post will serve as my response to any requests for free explanations. I hope you enjoyed it and I hope those who need to educate themselves!

As always, your comments are welcome! 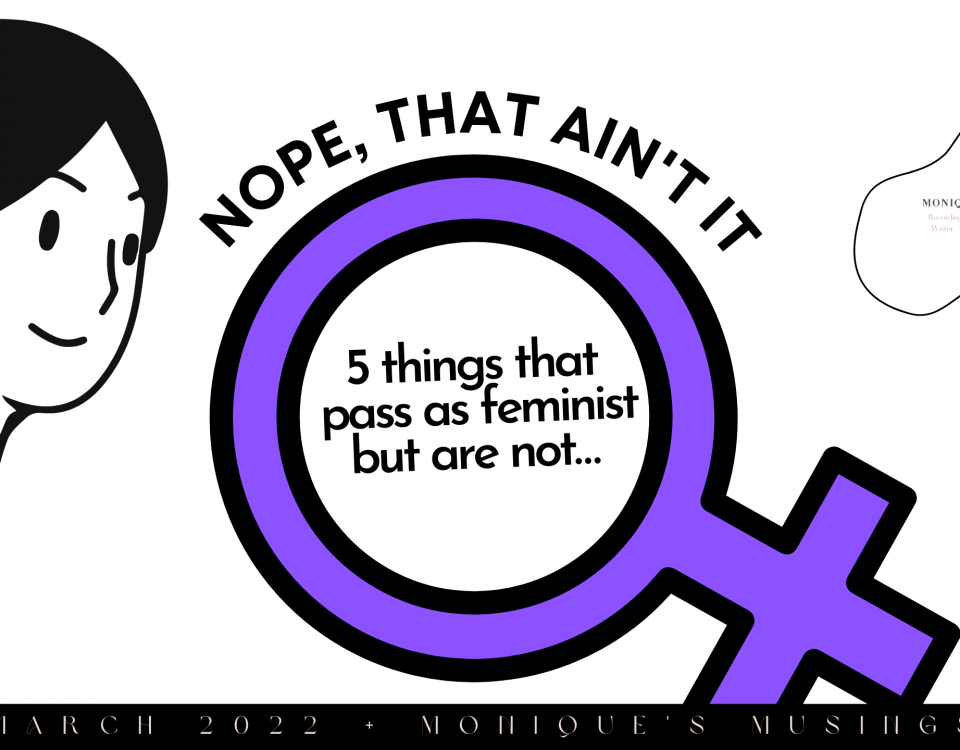 Five Things That as Feminist but are NOT!