What I Wish I Could Tell my Younger Self About Depression & the Things I Still Need to learn.

Nude Pics, Sex Tapes and the Things We’re Not Saying

Nude pics? Sex tapes? Revenge porn is trending in Cameroonian social media spaces.
For us, it’s a fairly new phenomenon. In a country where sex talk is still something to be done in the dark or behind closed doors, the ease with which sexually explicit content is being shared among young and old alike is breaking carefully built pretenses of our morality vis a vis western society. More than once, I have read comments like “these young people are following white people in doing such things, this is not Cameroonian”. As is often the case, whatever is deemed immoral is not traditionally ours, but exported. Ironical given how most of the morals we adhere to are elements of foreign culture and religion literally forced on us during colonialism.
But never mind that, I am in no way attempting to normalize the trend of nude pics, sex tapes, and revenge porn. It is ‘abnormal’, it is unprecedented in our context and it is definitely not OK. However as conversations around this problematic trend go, I believe we’re failing to discuss what really needs to be discussed. Our society is a patriarchal and conveniently conservative one, most of us are addressing this is an issue with already sexist perspectives. That in itself is a problem as you cannot solve a sexual and sexist problem with more sexism.
Let me explain: sexism in everyday words refers to discrimination against and/or biased treatment of men or women based on cultural stereotypes of their sex. The ‘leaking of nude pics, sex tapes often done with the intention of embarrassing/ or harassing women (in other words, revenge porn) involved is an act of sexism because as per cultural stereotypes, women are supposed to be “docile, modest and virtuous” and being ‘exposed’ in such sexually explicit content paints such a female as a ‘Jezebel’ and not a ‘good woman’. Now perhaps you can understand why using statements such as “girls should know their body is the temple of God and not take nudes but respect their bodies” to address this act of sexism is not helpful. In criticizing and cautioning only the females, you confirm and encourage the sexist stereotypes on which the act of revenge porn hinges.
Last weekend, I was asked to speak on behalf of our department at an event themed: “Empowering Girls to Say No to Nudes” as I expected (and dreaded) the majority of speakers addressed the issue from sexist perspectives, we are socialized this way and I truly can’t blame them much, we have to unlearn sexism which comes normally to us as a result of enculturation. Still, I expect that when you decide to ‘sensitize’ the public on something, you do your research on the topic to ensure that if you don’t make things better, at least you don’t contribute to making them worse. I expect that those who decide to take on this new social blight should do so knowledgeably offering proactive ways to address it.
To begin with, let’s address the problem from its roots. How better to do that than with a problem tree analysis. Let me turn geeky here for a bit, look at the diagram below: 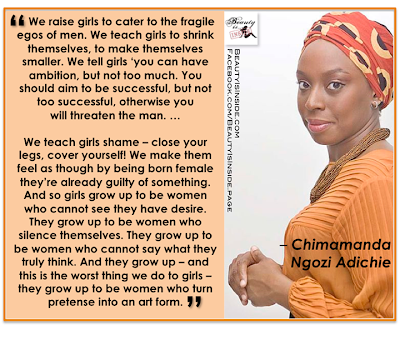 See, if we were to analyze this problem from the root, we would acknowledge that the reason revenge porn is possible in the first place is that we’ve allowed sexism to be a norm. In a sexist society, women compete with one another for over men, they have been socialized to aspire after a “virtuous lady” ideal irrespective of that virtue requiring them to prove their  worth constantly or repress their sexuality; just note how many customs we have to reign in women- everything from FGM to breast ironing to labia elongation to early marriage. In a sexist society, women are condemned disproportionately to men, so though both guy and girl may be in the sex tape, we’ll call out the girl and let the guy go free. Similarly, though we know the nude pics are being sent to guys upon THEIR request we condemn the sender rather than bidder. People need to address the market, goods exist because the market exists.
Another contributing factor is the taboo like a veil over all talks of sex and sexuality. How many of have frank conversations about sex with young people? How many of today’s parents can have open conversations with their kids? So where then does a young girl turn to when she receives a request for nudes from someone she likes and believes loves her just as much? The lack of comprehensive sex education leaves a vacuum where anything goes.
Our legal system is an equally large factor in the mess leading to this problem. The majority of us are either ignorant of the law; Revenge Porn can be addressed using the Penal Code which prescribes sanctions for public decency in Section 264 and equally using section 349 which penalizes anyone taking advantage of the needs, weaknesses, and passions of a person under the age of 21). If we are not ignorant, we lack confidence in the system and thus do not pursue the matter, or ignore the risk we bear of being reigned in as accessories of the crime when we share revenge porn. Finally, even where we are aware of the law, and take the step of confidence to use it, it fails us. We all know of #Epie being let go after paying a measly 100.000frs despite the fact that he could be held on multiple counts, rape, taking advantage of a minor and publication of material subject to public indecency. Obviously, the police involved did not know the laws themselves or did not care enough to enforce the laws as they are called to.
Considering these various causes, I reiterate my initial point: we are not discussing what needs to be discussed to adequately handle the problem of revenge porn.
If we truly want to do away with this issue, let’s talk about the root factors: Let’s talk about and address sexism, let’s talk about and address the faulty legal system, let’s talk about sex- frankly, openly, positively.
Or else, we’re not doing much.
P.S
A shout out to Mallah Tabot, the brain behind Ndolo 360 who is addressing the problem of demystifying sex talk for young Cameroonians
Share
0