How do I love thee? Let me count the ways

Rough-drafts: from reading to writing 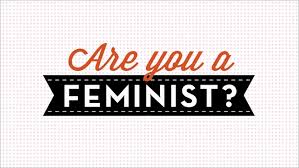 March is International Women’s Month, I knew I would write something in relation to the women’s movement, a sort of state of the movement speech, but till a recent argument with a friend I didn’t know what exactly I would be writing on. The argument wasn’t important, but a statement made during it is. The particularly chauvinist statement being made by one who calls herself a feminist, who has studied gender and is often quick to declare herself equal to or more than any man (not that the fact is disputed) was a revelation of what she really thought within her about the status of women: To be seen no heard. As I pondered on the hypocrisy her statement, I realized it was normal. Yes, normal.

You see my friend is one of many and we, I included, are all a bit like her. These are the kind of feminists we are, the kind we have cultivated. The African feminist, particularly the Cameroonian feminist is a fickle one.  How so? We are feminist when it concerns us, when it suits our sensibilities, when it is socially “OK”, or when we feel like we are being observed. We are feminists when, where, and how we like.
Let me illustrate this; the typical Cameroonian feminist has does not like, and has argued against the socialization which demeans a woman to no more than a cook or mother, but she is OK with the young men being socialized to pick up the bill, be undomesticated, strong and would criticize her son for not being man enough to catch and kill the chickens her daughter has to cook just as she would criticize her daughter if the girl left her brother to change the baby rather than do the “feminine” chore.
The average Cameroonian feminist is against her sexuality being used to define her rights to life and the quality of it, but cannot relate and does not bother to if the sexuality of LGBTQ persons determine their right to life or freedom to be.
The typical Cameroonian feminist is one who still won’t talk about sex unless in relation to rape, harassment or childbirth. I recently told someone the use of statements like “coming out of the closet” would be redundant in Cameroon because either straight or gay, you are in the closet. Our feminism does not extend to sexual freedom.
Then there are the Cameroonian women who believe they should have equal rights, believe they should be allowed to do any job they want to for equal pay, believe they should wear whatever they like and have no fear of harassment etc. Sounds feminist right? But they don’t want to be called “feminist”. They don’t like that word, and don’t want to be part of the movement even if they are currently enjoying the fruits and protection of that movement.
The Cameroonian feminist man is quick to assert his daughters equality to any boy in her class; he would tell her she can do whatever she aspires after, she is “his princess”. Yet somehow he cannot see his wife’s equality to himself. He cannot be expected to do equal house chores, if any. There cannot be two heads, only one head and a neck he would say, forgetting that it is the neck which holds up the head. And by the time he passes away he would have conveniently forgotten to clarify in his will that it is “his princess” and not the brothers or uncles who would control the property he left behind simply because she is more capable.
The Cameroonian feminist is the single mother who after doing it all, raising her daughter with blood and sweat would look for the girl’s father or a distant uncle who never lifted a finger to collect the bride-price offered on the day of her traditional marriage.
The typical Cameroonian feminist is our Minister of Culture who would convene an inter-ministerial meeting to discuss the policing of girls’ dressing as an attempt to address harassment.
Our feminism is like a “get out of jail card” when playing monopoly. It is convenient. We remember we’re feminist when we want something then forget it when the inequality or bias favours us. We interpret our feminism the way we do our religion. Choosing what parts of the bible or Quran to respect or brandish. 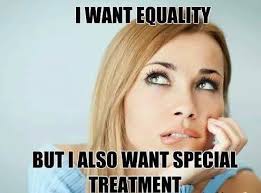 I recall learning of the section of Cameroonian law which denies a woman the right to take someone out of prison on bail as a surety when a mother I knew was unable to bail her teen son who was unjustly imprisoned and had to scout out a male relative to do it. I criticized the law to a female lawyer friend and was told “to stop being impractical” what if the women were given that right and the person they took on bail took flight? That would mean arresting the woman. She rationed that the law considered women delicate and so it was OK. She conveniently forgot that as a single mother she was raising two kids, and was not at all physically “delicate”. Why didn’t I know about this law before? I certainly know about the bias laws on adultery and marriage and grounds for divorce because those laws discriminate against women in favour of men. But this one, which is considered in favour of women is not mentioned.
In the end it seems most of us either don’t know what feminism is:  “the belief (or movement which believes) in the equality of ALL irrespective of sex/gender particular in terms of rights, opportunities and justice.

Or we have conveniently warped the definition of equality to suit us so it is not something akin to Orwell’s Animal Farm: All are equal, but some more equal than others.

In our kind of feminism a prostitute being raped is not equal to the pristine daughter of the community leader and should “our” movement be supporting her?

Still it could be that at the bottom of it all most of us don’t understand the work equal. Note: Equal has never meant the same; a rock and a basket of flowers weighing a kilogram each are equal but far from the same.
This March, let’s ponder on just what kind of feminist we are.
Drop a comment below and let me know what your thoughts are on feminism in our society.
Share
0