News of Georges Bwelle the Cameroonian Doctor nominated for the CNN Heroes awards spurred me to think of our heroes. If someone was to ask me who my heroes or role models are I would name a bevy with no difficulty.
Even as I list them I notice that none of my heroes are Cameroonian. None of them had similar heritage similar cultural oppressions or starting point from which they began their dream. And none of them can inspire me to believe in my own nation and the ability of my own people (well maybe my mother for making it from scratch with only what she had?)
The more I thought about it, the more I realized that our history, our schools our culture doesn’t really celebrate our own. We don’t make our heroes known, our patriarchs Um Nyobe, Duala Manga-Bell, are only known in history books and their names only limited in our memory for as long as we need them to write the GCE. Our Matriachs like Therese Sita-Bella are only known if you research them. Our elites like Bernard Fonlon, Calixthe Beyala are known only to those who had to study their work. Our celebrities Petit Pays, Lady Ponce etc. are more infamous than famous.
Where are the role models the people who inspire and make us want to be like them when we grow up? Where are the heroes who show us it can be done- you can live your dream? Where are those who would give us hope in our own talent, ability and people?
Well I saw that we needed new heroes and I looked for them. People of today, who are doing what they love, making it with what they have. People who are living the CAMEROONIAN DREAM! Most of all though, people who are making a difference in their own way for their people or the world in general on their own volition, and putting the Cameroonian name on the map for something other than football, corruption and drinking!
So here are just a few really noteworthy Cameroonians I found ….
1.      Georges Bwelle; General Surgeon, Founder of ASCOVIME 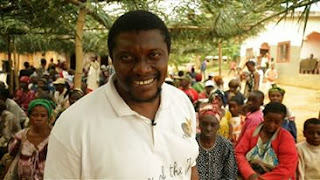 Let’s start with him since he inspired this blog post. Dr. Bwelle is a surgeon at Hopital Central, Yaounde. Because of his experience with his father and the medical system in Cameroon, he was inspired to make a difference in this field.  On weekends he assembles a team of medical volunteers, buys medications, equipment, and surgical supplies and goes on missions to rural areas offering free medical services, setting up temporary field clinics, operating rooms, and pharmacies for the villagers and neighboring people. At these clinics he provides free consultations, examinations, medications, and operations if necessary. He plans out the entire year with specially selected destinations where he and his team. I respect this man beyond what words can express because most Cameroonians with his experience would condemn the system that they had suffered through and leave the country at the first possibility or just keep grumbling about it. But he is DOING something!!! We are just grateful CNN is bringing his effort to the spotlight. Find out more about Dr. Bwelle @ ascovime.org/ascovime/about-dr-georges‎
2.      The Patcha’s of the Patcha Foundation
What happens when one family loses members to cancer? Do they go on a rampage seeking out all the gifted prophets or all night crusades? They could have, but this is a family with a difference. Mauritia Patcha a social worker in Cameroon and once cancer survivor who finally succumbed to the disease founded the Michael and Mauritia Patcha Foundation before her demise. Her children took the cause to heart, and today the foundation has become a beacon of cancer awareness, education, and treatment in Cameroon. This is what we call making lemonade out of lemons!
3.      Ebenezer Essoka, CEO, Standard Chartered South Africa 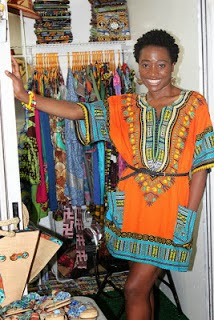 Nfi was formerly a co- designer of the ground breaking clothing line KiRette Couture, but when Nfi  decided to focus on bringing intrinsic Camer-Couture (Cameroon Couture) to the world’s fashion capital, it was under a fresh new brand, Kib

onen New York. This brand has put the Grassland traditional established as a force to be reckoned with in the fashion industry.

We can’t mention Cameroonians putting the nation on the map without mentioning Dr. Joyce Ashuntantang who has  garnered several titles in her time; actress, screenwriter, film producer, poet, non-fiction author, short story writer, University Professor, etc. Dr. Joyce as she is fondly called exemplifies the Cameroonian who made it on from the ground up doing what she loves. She shows that your passion and ambition and hard-work can take you anywhere you want to go, opportunity isn’t only for those of a particularly nationality. She had made her name even before leaving the country. Today Dr. Joyce an Assistant Professor of English/Literature at the University of Hartford, West Hartford, and an Associate to the UNESCO Chair and Institute for comparative Human Rights at the University of Connecticut what’s more, Dr. Joyce contributes to her home country by encouraging literature lovers/writers like her with her organization EduArt and its biannual award. EduArt also advocates for educational  reform in Cameroon to suit the needs of our society.
7.      Foglabenchi Lily Haritu 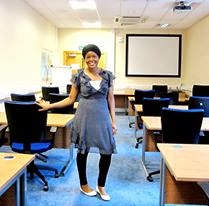 A finalist of the 2013 Commonwealth Youth Awards for Excellence in Development Work, Foglabenchi Lily Haritu, at 27, is the youngest individual to reach the position of program supervisor in the Cameroon Baptist Convention Health Services. Haritu has demonstrated an outstanding commitment to reproductive and sexual health rights education and rights promotion particularly through her work with stationary and rural mobile clinics across Cameroon.  Currently studying as a Chevening scholar in the Uk, this year she put Cameroon on the map by representing us as the nominee for the Future Awards- YOUNG PERSON OF THE YEAR – THE AFRICA PRIZE 2013
8.       Shiri Achu: Artist 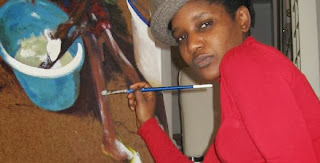 Shiri Achu is another name tagging Cameroon internationally. The oil and acrylic painting artist is recognized worldwide for her depiction of original Cameroonian images. She works hard to sell them and promote her brand, Shiri Achu Art and though currently based in the United States, she comes home to get her inspiration and showcase her work. In London, she won her first award, Best Artist in Brent, in 2010 and was invited to exhibit her original paintings in Parliament and the Commonwealth Secretariat at the end of 2011. She’s a hero for a people whose way of thinking suggests that the sciences make you “more brilliant’. Here is an artist positively glowing!!!
9.      Agatha Achindu 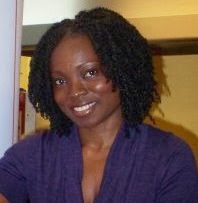 Imagine beating them at their own game?! Agatha Achindu went saw and conquered. In the fast paced capitalist setting this Camer- born lady saw a problem with the processed food sold in the US and manufactured her own alternative. Her organic baby food brand, Yummy spoonfuls which is free of preservatives, pesticides, growth hormones and artificial additives has gained her praise from media houses such as CNN and Fox News TV.  Agatha is putting Cameroonians on the map as being able to fly on the business horizon as well on their own ingenuity.
Find out more about Yummy mummy’s Agatha’s adventures on: http://www.youtube.com/watch?v=JKDFpgwcEUA
10.  Agbor Gilbert Ebot: Film Producer 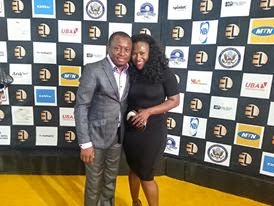 Agbor Gilbert s the CEO of AGE Production and 1st PRO of the Cameroon Film Industry. is best known for and has been awarded for films like: Before The Sunrise, The Blues Kingdom, Pink Poison and recently FAR.  He’s worked with the likes of Nollywood’s finest: Zack Orji, Olu Jacobs, Jim Iyke, Fred Amata  featuring Dakore Egbuson-Akande and Hollywood starlet, Melisa Determined. titanic support for Cameroon Entertainment and his films are a confirmation to his magical touch of improvement in the industry.
These are just a few to start with, considering how delighting researching this blog post was for me I may just make a series of this, highlighting more notable local and international heroes and people who make us Camer proud!
N.B
Another great blog I follow Dulce Camer made a list of Cameroonians to watch out for that would be worth reading for anyone in need of more Camer-inspiration:  http://dulcecamer.blogspot.com/2011/01/dulce-camers-top-50-list-2011.html
Share
0