In The Name Of God

I Could have been learned, but I went to school….

Can you imagine it? A university graduate unable to address a job application! What is more there are those who can’t tell you the day Cameroon gained independence or the date of our country’s annexation! It makes you want to ask them: “Did you go to school?” But they did! The problem is; all they did was go!

Nobel laureate W.B Yeats is remembered for stating “Education is not the filling of a pail but the lighting of a fire!” Sadly that’s is not the way we Cameroonians see. We go through school by the process of memorizing and forgetting facts (we should very well have stretch marks on the sides of our brains), filling the pail of our minds, but arousing our intellect enough to learn, failing to light the fire!

Our system doesn’t teach us what we should know to pass entrance exams, General Certificate exams etc. but it fails to teach us why we need to know these things. A student would be by far more driven if  they had that sense of purpose that intellectual interest in learning. As Ian Russell states “ Give people facts and you feed their minds for an hour, Awaken their curiosity and they will feed their own minds for a lifetime”.
Curiosity is a inherent to humanity. When we stifle this curiosity in children from as early an age as 4, Giving them only what we want them to know we are destroying what or who may have been Africa’s Einstein, Marie-Curie, Da Vinci, Karl Marx, you name it!
We give education a fixed end, walking under the misconception that education ends when one finishes school. But are we not educated every day? In and out of school, it is an on-going, never-ending process! Why don’t Africans formulate their own theories invent their own gadgets and to the greater extent govern themselves? Because we don’t think for ourselves!
Our thoughts are those of others that have been drilled into us. We study what another has said and never get a chance to say ours! In the words of Descartes, I think therefore I am! The day we stop thinking, we stop being!
A Ugandan proverb goes “If you feel Education is expensive, try ignorance!”
Yet in this day and age were education is accessible to all and sundry we are still ignorant! Ignorant of our rights, duties, even ignorant on how to live!
You find we have become so accustomed to having the information we need given to us that a university graduate can be found sitting in his parents complaining that he can’t find a job, simply because he knows not where to look! More shameful would be the experience where while chatting online a girl could not reply to a question she was asked because she could not fathom that H2O represented water!  She simply told her chatting partner “ I did but Arts in High school ya”, which was excuse enough for her!
The literacy rate in Cameroon as of 2005 was estimated as 81% (UNESCO Database), yet with that level of literacy what percentage of the country reads? Not merely studying in school because you have to, but really reading to find out what you have not been told, to feed your mind or even just for fun! A new form of illiteracy is coming up; the illiterates of tomorrow won’t be those who cannot read and write, but those who do not read nor write!
No matter the level of education, if we’re not learned, having a mind of our own and the ability and will to use it we will never go far. Cameroon best illustrates this; We have an unemployment rate as low as 7.5%, however it’s the under-employment rate that leaves us speechless with a third the population of working age being under employed.
What does that imply? A graduate of Environmental Sciences with a diploma in Geology working at the local MTN office, or a Master’s degree holder driving a Taxi cab! That is the state of Cameroon, and Africa as a whole because we refuse to think. For if only we would think about it, eventually those thought would spur us to act and after thinking we may act greater reason. But we are so passive that development is seems far out of reach.
When we teach our youth to rewrite history, but fail to teach them to question the future, we’re missing the point. History is not meant o be merely studied, but learned from. Our leaders today repeat the mistakes of those in the past because they failed to learn the history lessons (they probably “crammed”).
Education is meant to be used not stored! Africa stands today with PhD. holders ever increasing, but no inventions nor developments can be seen from them.
Share
0 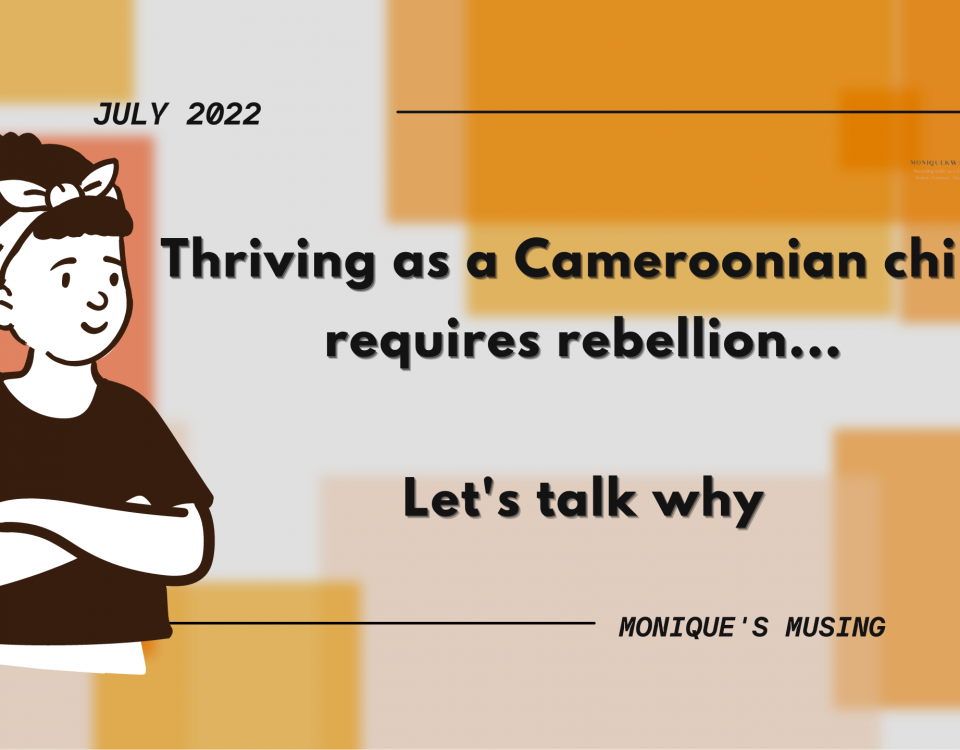