Christmas Reflections for Those Who are not Merry… 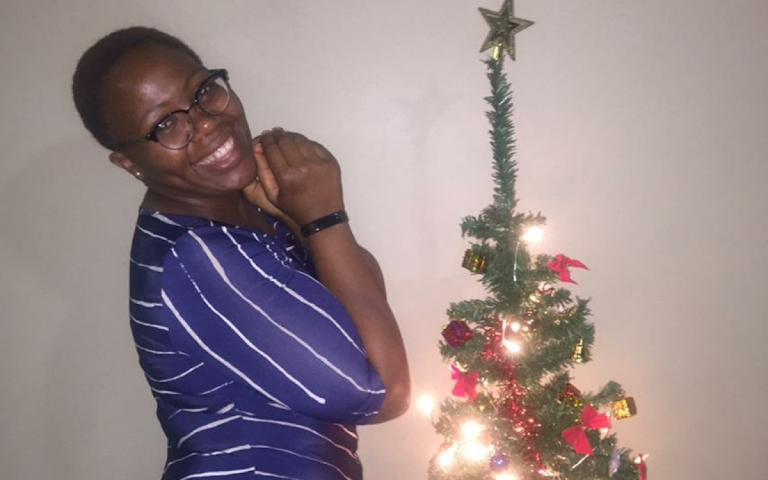 Season’s Greetings to you dear reader! I truly hope the holidays are a happy time for you.

Yet, I am aware that this is not the case for everyone, and today I decided to share why this is not necessarily the case for me. I never thought of myself as someone who dislikes the holidays. Even now, I can’t say *dislike* is the word for it… I love the break from work which gives me time to rest and plan and do…other work lol!

Still, when a friend replied to my Christmas card on the 24th and began a conversation it led me to do some overdue reflecting. See, this friend asked me what I was doing for Christmas and I replied saying: “nothing much, just going to try and avoid binge eating, crying, and hope for productivity”.

I’m Christian so for Christmas I do believe in praying and praising in ode to the birth of Christ… but not any more than I do on any given day I pray and praise. Not only because of the debates on if this specific date is his accurate birthday but just because I rarely feel extraordinarily praise-y on the day.

So, what is the problem? Why am I not merry?
The easy answer would be depression. But nah, that’s not quite it.

Many people detest the holidays – for what it has become due to capitalism, or because they are lonely, or because it reminds them of someone they lost (like a dear friend of mine who died in 2018 on Christmas Eve)… There are many reasons, and it is so accepted that the holidays can be a triggering period that I had never really thought about it why this period is not simply joyful for me any longer and what exactly about it may trigger depression.
This is the first time someone asked me so pointedly that I was forced to find the words for it.

And in finding the words, I discovered something about myself.

It seems some years ago (I don’t know when exactly but I think it was 2016, perhaps earlier) holidays began losing their luster for me because I was no longer content with being a makeshift family member.

Holidays are for family and home. I have family, lots of family, especially friends who have become family. I am not short of loved ones to spend the holidays with; at least 3 of my loved ones near me made it clear that I was to join their families to celebrate the day (and I eventually did spend a bit of time with each of them and their families on Christmas Day). But as I have come to do in recent years, I made sure I spent as little time as possible at each home. Playing either the role of helping in the kitchen, visiting aunty, or just plain guest.

Because it’s still not the same.

Because my family has their own family. So ‘going home’ often means going to a place where you’re reminded that you’re not exactly family. Or that your family is not like this family. Or that what you call family, is a collage of a variety of individuals belonging to other families.

I wasn’t always aware of this, not in such clear terms at least. This realization is coming this year following the conversation on the 24th. It was fine at first, or rather, it was unnoticeable. I did not notice that with every holiday spent with another family, I was trying to create something. Either creating some family holiday tradition with those who had adopted me as theirs, or create my place in another family…

In one house I tried to create the tradition of having Christmas gifts put under a Christmas tree to be opened on the day. I was an undergrad student and broke so I wonder how I did it, but I managed to get everyone in the family I was with at the time gifts. But, when the day came all the gifts under the tree were the ones I put there lol! They received in gratitude, but it wasn’t something they would think of, so not something that continued.

In later years, I tried to join the traditions of the other families. And I loved it, for a while.
One of my families has a beautiful tradition of gift exchange (Secret Santa) which is elaborately planned for a month before… it is so entertaining how well we hide whose name we picked and the coy ways we go about trying to find the gift they would like… I recall praying in 2016 that I would want to emulate that tradition in my own home in the future… That should have been a warning. I didn’t consider myself at home. But still, I have spent Christmas Eve with that family and enjoyed that tradition for over 5 years.

And another of my families has the tradition of going to the beach on New Year’s day with colleagues… I have loved that tradition too. Let me tell you, everyone should ring in the New Year by having the waves wash over you as if carrying the dirt of the previous year away. It is unspeakably refreshing.

Still, I did not recognize that these traditions were family heirlooms I was trying to inherit, nor that my participation was an attempt to make family memories for myself. So when I no longer wanted to spend holidays with others I also could not recognize that it was because a part of me had realized that I could not create what I needed in that way. 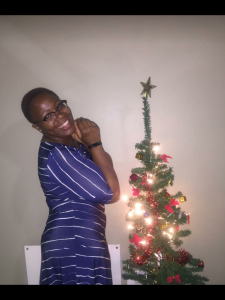 Spending holidays in this way meant felt akin to living as someone else for a short while. Spending the day enjoying my nieces and cousins and sharing food and joy, but then going home to my space. And my own home sometimes feels lonelier when returning to it after that, with memories of the baby you carried, or thoughts an aunt sowed in your mind, or new memories you’ve made you now add to the elaborate vision board od how you would do your own family event in future…

I can see now that in time I came to decide that it is better not to leave home at all (or spend the least time possible out of it) than to return to that contrast. I can see now that even without openly acknowledging it by my psyche had realized that I was a 7th wheel on the family bus. A rented part, or rather I was renting them as parts for the day.

Reflecting o this has been both cathartic and wounding. But they say to solve a problem you must first acknowledge it, name it.
So I am sharing this in the hope that you too think about your *why* if the holidays trigger you.

Or simply that you understand, if someone like me is around you.