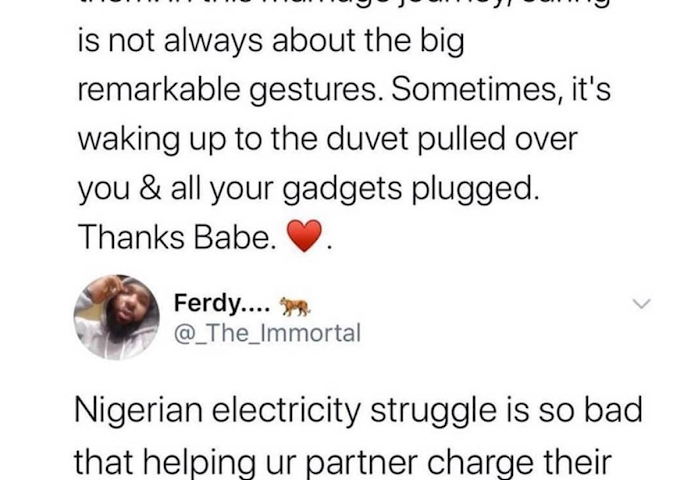 I used to feel it was my mission to explain to people that ‘falling bush’ was not the answer to all problems. Given how much the ‘American Dream’ is set as the ideal in our Cameroonian society, I always felt it necessary to dispel the notion that the place is paradise on earth and to let those I value know tha
t Cameroon needs them, and should they consider traveling, they should do so with plans of returning home.

Fortunately, I’m no longer that person. Don’t get me wrong, my stomach still lurches when I have a conversation with a close friend and they tell me they are planning on leaving for good. I still feel frustrated at the people who say “I am marrying a ‘bushfaller’ as if to denote the fact that they are marrying their ticket out. And don’t get me started on the mentees I counsel who are so obvious that their passion is for residing in a particular country, rather than the academic and career plans they claim to want advice for.

But I have become more understanding of my privilege over the past years (or so I think). And so I no longer take up that mission with the fervor I used to. If you want to go, go. I know better now that home isn’t meant for everyone. Not all of us have the calling for it, and not all of us can endure it.

This came to me as I returned home last month from South Africa in hope of making it base again upon completion of my final degree. As I spoke with a friend who was also returning home from a different country, I realized we were making the same preparations, taking the same precautions as to how different our lives will be. 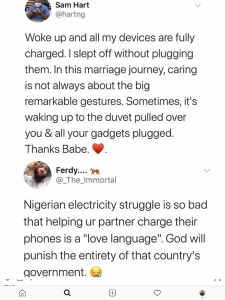 How do you prepare to endure low quality internet back home? Download all the music/videos you streamed without care while away. Make sure you downloaded ALL the academic papers you cited in your work and have them backed up.

How do you prepare for regular light failure? Buy the best power bank(s) you can. Like one witty Nigerian put it “charging your partner’s phone in anticipation of the regular power failures be considered a love language”.

How do you take precautions to avoid having to deal with our struggling health care system? Use what insurance you have to do medical exams and check what you can before returning home. Buy drugs you know won’t be available because mental health/learning disabilities are not recognized in our part of the world.

How do you prepare for possible kidnapping/arbitrary arrest? Get a stun-gun to add to the pepper-spray you carry because you’re already at risk as a woman. Write your last requests in case of sudden death. Let friends know what to do just in case. [Although this last tip likely applies for many across the globe].

As my friend and I discussed, I came to the realization that the bulging bags and extra luggage Africans and African diaspora are known to travel with is merely evidence of our general attempts to endure/adjust to life where we are. That may mean adjusting trying to make a foreign country feel a bit like home by exporting food from home, or it may mean buying what we know is unavailable for sale at home or extremely expensive.

In the weeks following that conversation, and since I’ve been home I have also come to realize that we have lost many people for good. Even those who say/believe they are going to come back. They won’t be able to, not because they do not want to, but because they will not be able to endure after being away so long. To leave behind the lives they have known and investments they  have made in other countries.

If you’re away for too long you adapt to a different system, such that the reality of home hits your worse than it is when you return. Staying away for too long renders you out of touch with how to live in and love home despite its flaws.

I was once asked how we cope with the lack of reliable emergency numbers to call in case of need. I responded that here we can simply call for help, the society is not as disconnected. Here it is odd to not know your neighbor’s name (and too many other details).

I write this all to say, I am home now. And even though I am happy to be home, I am looking at it from a more realistic perspective. We need more people who love it enough to make it a better place, one which would nourish the dreams our children have; but I appreciate that it isn’t for everyone. I appreciate that the country makes it hard to love it because our government makes us seem so unworthy of basic decency. But then that government is made up of people like us. People we know, and excuse.

So if you’re one of many considering leaving for good. Do what is best for you. I’ll just say proceed with caution.

Drop me a comment, question or just a kind wish welcoming me home. It’s always a joy to read from readers.