The Lies We Christians Let Slip…

A Lesson From A Recent Retreat

Today marks exactly two months to my 30th Birthday. I always do a sort of retreat towards my birthday, either the week leading up to or the month or- like last year, retake the 40 day reading/meditation of Rick Warren’s A Purpose Driven Life.
This time I want to go into the new decade with joy and not following a period of petitioning God. Don’t get me wrong, those retreats always end with renewed hope which is why they’re needed and valued. But as things stand now, I wanted to get the petitioning part out of the way two months before so all I’ll be doing towards that time is thanksgiving and celebrating. Well, I don’t consider myself a ‘master’ at retreats and I struggle with making room for God and shutting distractions out as much as everyone else- if not more. But, I feel like I can share something from my experience(s) with such efforts which is why I’m writing this.
How to know you need a retreat.
Usually, we have something push us to our knees prior to making a move to fast or shut ourselves off seeking God. Sadly, it takes that much to get us to run towards God but it is a fact that without the illness, the frustration, the painful limp we’d likely think we’re doing just fine and never make an intentional effort to seek him. When things are going well we say a cursory prayer of thanks, but when things are not going well? We get into bible exegesis and battle mode. It is in that point where we question, seek and so find. I doubt Job would have ever had those deep conversations with his friends about God without his life being ruined. 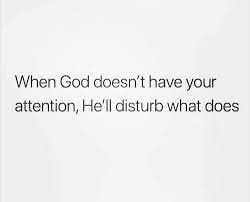 Still, perhaps you’re one of the really good Christians, one of those mature enough to seek God without having to be pushed against the wall with a crisis first, then likely you may just sense that you’ve not been able to meditate with depth. You may feel the Spirit move you to do a deeper study of scripture. Or commit to praying for a certain thing/people etc.

Whether it’s a push factor or a pull factor, taking a retreat is something I find to be essential in this Christian journey. For me it’s typically the push factor, to be honest.
But something I learned with this last retreat made me realize something which I think will influence future retreats as spurred by the pull factor.
A lesson from the latest experience…
So I took this retreat as a period of battle. I went in desperate, angry, seeking answers- in fact, demanding them. They say we should PUSH- Pray Until Something Happens- right? So that is what I would do, pray, cry, rant and self-torture all in a way to ‘twist God’s arm’. Fortunately, this time I didn’t take the retreat on my own. That made a considerable difference. I had a Christian friend guide me through, someone I could trust to be completely transparent with, who I cared enough and who could most importantly relate and so help in the right way. The fact that I had someone to be accountable to, to send meditation report to daily. Someone to debate the scripture with me, to recommend verses for meditation and to question the self-torture I was doing, the interpretations I was making… all this ensured I was doing a lot more real seeking than I had in a great while. It wasn’t just a retreat and self-denial to say “God abeg act”. It was also a searching, and trying to please God for real and not just what I think He would impress Him.
It was interesting, going beyond just reading and verses and using them to back up my praying to actually studying them. Writing them out, what they mean or turning them into an exploratory exercise… this made the word come to life like never before for me. For instance. On the day we focused on thanksgiving, Phebe (the friend who guided me through) suggested Psalm 124 for meditation. As an exercise, I wrote my own interpretation of this Psalm which asks “What if the Lord had not been for us?” Several pages resulted from this as I wrote all the things that could have happened but didn’t for reasons that could only be attributed to God. By the end of the exercise, you are sure of one thing: Things may be bad, but it could have been a great deal worse if God had not orchestrated some things for reasons only he knows.
Perhaps writing exercises don this time made it matter more to me since writing is my way of reflection. Perhaps something else would work for you.
Yet, one thing I came away with which I want to share because I feel this is would apply to everyone is- sometimes the prayers aren’t to get you the thing you demand – or not immediately. Rather as you go seeking him, the closer you go the more you begin to question the basis of that demand, in the retreat the Spirit develops in you a desire for God which surpasses the desire for what you came to ask for. In that way, you’ve been thought to surrender. Your need has been addressed by making it null and void in the face of your need for Him.
Some may read it as resignation, but it’s not. The need is still there. The desire is still there. But in seeking him you’ve been given a new perspective that dwarfs all else.  As a friend says “people believe prayer changes things. But that’s not true. Prayer changes us and we change things. That is the power in the retreat. We go in with our focus on one thing and in the course of it, our focus is redirected to what God wants us to focus on. It’s a lesson I hope I remember so the next one should be spurred by me wanting that holistic perspective again rather than me being pushed to the ground and going for an attack.
What has been your experience with retreats? As always I’d love to read your views in the comments section.
Share
0