How Not to Love: Advice a Cameroonian Woman is Given in Point Form

My ‘Returnee Anniversary’: 15 Reasons I Love My Country

The day was 25thAugust 2001. I was less than three months shy of 12 years old, or as I often reminded people- I was a pre-teen. I was also set to board an Air France plane that morning to Cameroon. After the latest fit of pre-teen rebellion, my mother had vowed to “send me back” to Cameroon. A lot like returning a pet you adopted from the shelter but found you couldn’t handle. I was becoming “too American” and need to be sent to the motherland for straightening up. In some ways she was right, in several other ways, she was wrong. My first couple of years were hell, then I adapted. Then after having my ordinary levels I rebelled. Then I grew up, made my own decisions on what I wanted for myself. Grew up. Things work out in the end. I’ve come to realize that both of us just played into God’s plan. Don’t worry, one day I’ll finally finish writing about the journey to and fro and growing to finally belong. Then you can buy the book. For now, I am celebrating my 15th anniversary of being “sent back”.
In sending kids back to Cameroon, parents in the diaspora often paint it as a form of punishment, or tough love. From my experience and those of others I know, kids are sent back home in other to get them to ‘straighten up’ or because the parents in the diaspora have issues and can’t take care of them at that time. Either way it doesn’t paint a picture of Cameroon as a place our children should happily return to. More like a boot camp/foster home.
Despite the feeling of being here out of punishment than choice, I came to love my home country. You can say Cameroon grew on me. Or I grew to be Cameroonian. My musings this month are all about my ‘returnee’ experience, all the things I’ve come to love about my country and all the ways this country I love makes me crazed. So I decided to make a direct list rather than rant and rave. Here are 15 reasons I love my country, one for every year of my return.
15 Reasons I Love My Country
1.      Our history. I am probably biased, but in my opinion Cameroon has one of the best historical tales ever. From the Bantu migrations to the naming of the country after the shrimp Portuguese found in our waters to the scramble for our lands and through multiple colonizations. For a relatively small strip of land, we have a lot of stories to pass down to our kids. I wish someone with a love for history could team up with an artistic cinematographer to bring our story to life.
2.      Our ethnic diversity. Cameroon is nicknamed the ‘melting-pot of Africa’ for its cultural and geographical diversity. With over 200 ethnic groups you best believe we put the E in eclectic.
3. Our languages. Cameroon (not necessarily its people) is multilingual. Our country is home to over a 1000 different tongues/dialects. As though that is not enough, our history of multiple colonizations left us with a plurality of foreign languages, names etc. though we have just two official languages (both from the colonizers). Language is a touchy topic to many of us as Cameroonians because one language is obviously valued more than all others in this country- French. Yet I love how we have come to blend the languages by creating slang words like ‘chomecam’ and more. Eventually creating something uniquely ours popularly referred to as Camfranglais.
4.      Our religious tolerance (well, relatively). Considering the cultural diversity, the multiplicity of languages, and mixture of religious beliefs (Christianity, Islam, Animism) Cameroon is perfect ground for instability fueled by religious discord. But we’re far from that. I schooled in several Presbyterian mission schools and each of them had Muslim students. My Muslim classmates had concessions during their religious holidays and were not bullied based on their religions.
Heck, our Senior Prefect was Muslim.
5.      Our laissez-faire simplicity. You know the popular adage “let sleeping dogs lie”? Well you never have to tell a Cameroonian that. We will let everything go on as it is as long as the price beer is not increased, our land still produces its rich variety of food and our football team continues to play. This laissez-faire nature explains why we’ve barely full blown political insurrections till date despite having one of the longest serving African dictators. 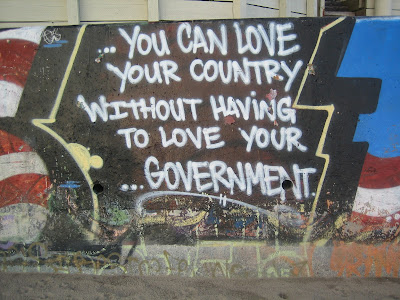 6.      Our communal nature. If you live in urban areas in Cameroon, you may think we aren’t as communal as before. Well we are still more communal than a lot of other areas. After living in the UK for a year, I didn’t know my neighbor’s name. That would be impossible in Cameroon. You would probably know your landlady’s family history as you move in. You would most likely wake/be awaken by your neighbor at night to help take someone to the hospital. Our interdependence is real, it’s beautiful, and it’s sometimes a burden. But I wouldn’t change it for the world.
I imagine that if the USA had our communalism police violence wouldn’t be so common. Everyone is related (friendships included) to at least one police man, that cop would find that his victims family had visited the family patriarch in the village and soon enough there will be repercussions.
7.      Our relative economic balance. Yes I said that. No, I don’t mean we have a good economy. What I mean is that unlike other countries I know, the gap between our rich and poor isn’t that large. Nearly everyone has one ‘wealthy’ family member as well as one family member who can barely feed themselves. It has been noted that we have one of the fastest growing middle class factionsin the region according to a World Bank report
8.      Our range of possibilities. The saying “L’impossible n’est pas Camerounais” is often used derisively to mark how anything (most often things which are wrong) is possible in this country. Yet Cameroon truly is a land of possibilities because there’s so much that has yet to be tried here. As someone I know said recently, we have problems, but there are positive possibilities in those problems. If we only believe and get to work.
9.      Our natural beauty. The continent is generally gifted in flora, fauna and landscapes worthy of paintings but as earlier mentioned Cameroon a.k.a melting pot of Africa has a bit of everything in it. We have such a variety I am more than a bit annoyed that most bloggers go the lazy route and regurgitate gossip news rather than attempt travel blogging.
10.  Our FOOD! This one does not need explaining. While Nigerians and Ghanaians argue over whose Jollof rice is the best, Cameroonians be like: Eh? Please biko. We give Jollof to children. Who di look Jollof when Mbongo chobi, Ndole, Eru, Koki beans, Koki corn, Kwacoco bible, Kwacoco and Mbanga soup, Mboh, Achu, Cornchaff etc. exist? Chai! This whole ‘Jollof rice wars’ saga has proven that some countries lack menu. Sadly the Nigerians arguing are using pepper imported from Cameroon to cook that Jollof sef tsuiiip. If you are interested in Cameroonian food follow these foodies: Precious Core, Cooking with Terese, Glow Monat’s 237 Cuisine and Aneh’s Food Show.
11.  Our Music. I love music. I judge people based on their music taste. I don’t think I’m a music snob, but I truly believe your taste in music reflects a lot of your personality. Suffice it to say I realized I had made Cameroon home with the increase of Cameroonian music in my playlist. It’s a tough pick but I would say my favorite Cameroonian artists are the two Charlottes- Charlotte Mbango and Charlotte Dipanda. Watch these music clips below and enjoy.
Charlotte Dipanda – Kénè So (Aller de l’avant)
12.  Our Dances. Bikutsi, Bends’kin, Makossa… what’s not to love?
Here’s another music clip for you, because not all good musicians are called Charlotte, and we can’t note dancing and not mention Lady Ponce.
Lady Ponce – Poisson fumé
13.  The People. My people. We are a not easily boxed, easily defined. The Cameroonian loves life and will often take the easiest route possible. I find it difficult describing us adequately. We are resilient, welcoming, flawed and yet (more likely because) we accept our flaws we are the most personable group of people I know. Again, I may be biased.
14.  Our ability to make do. This can be good and bad. We Cameroonians are most likely where we are today because we accept and make do. Rather than fight for our rights, we give in and pay the bribe for peace, rather than plot an insurrection, we flatter the president with ‘motions of support’. Rather than demand our country develops and the government give us what we deserve we seek visas to leave. We endure and if you doubt that you only need to ask yourself:
‘In what other country do people willingly work for years before receiving millions in back-pay a.k.a arrears?’
15.  Belonging. Above all, I love my country because it is home. There’s nowhere else I’ll belong so wholly and completely. It goes beyond this being my country. In my opinion, because the country is so naturally varied in culture, people, and language etc. it is easier to belong. To feel at home.
So, happy anniversary to me!
Drop a comment below and share your love for Cameroon.
P.S
I was to write a list of ten things I dislike about Cameroon, but decided that’ll be another post 😀
Share
0