What Day? What Are We Celebrating?

Yet another New Year Speech and a Proposed New Year Resolution

Happy New Year Readers!
Hope you had a lovely holiday season. And what were the resolutions? I hope you made some because we Cameroonians desperately need to make some collectively as a country.
On the 31st of December as is his norm our president of #33years and counting made yet another New Year speech. As always the speech, a well put together piece of PR jargon, was delivered in French and a flawless translation made available in retrospect. Reading the speech, I felt like it deserved an honest line by line critique. But as I’m trying to avoid beginning the year with an angry rant, I’ll just stick to writing on the major point which struck me. For better understanding of this post, it would be wise to read the whole speech HERE.
*** 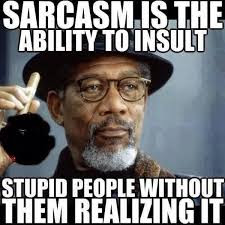 Any idea that our president is a fool should be obliterated. Contrary to popular opinion, our African leaders aren’t poor managers because they are foolish. Nope, they are savvy, cunning political gurus. You have to have some serious gifts to play people against each other and maintain power for #33years. The sad truth is they just don’t care enough to manage better.  The most recent proof of our president’s high level intelligence is his proper use of euphemism and subtle use of sarcasm injected in this year’s speech.
And I quote:
“You would agree with me – I believe – that a single word suffices to describe our country during the year that is drawing to an end: RESILIENCE.
I am referring, as you know, to our people’s capacity to resist and to cope with day-to-day
challenges, which is acknowledged by all development partners.
Resilience here is great euphemism for ‘ability to put up with crap’. Imagine your president knowing you lot barely cope day to day and commending you for enduring (despite grumbling of course) the corruption, bad roads, poor health care and general mismanagement. Then here’s the irony; he says this endurance has been acknowledged by development partners. HA!
Yes, I’m sure in shadow reports the UN, World Bank, WHO and more remark with amazement at how the people of Cameroon do it. How do they take the underemployment rate of 70% in stride and accept the corruption as norm, dreaming and living in spite of the stifling realities and without even the protests so popular in neighbouring countries? Resilience.
Like a teacher, Mr. President went on to grade our year’s effort. We are told we have done okay considering “adverse global context, our economy was able to hold up well, maintaining its 6% growth forecast and curbing the inflation rate at slightly less than 3%”. I’m not even going to comment on those statistics because I’m sure if statistics from Ahidjo’s reign were put up against the collective #33ans of the current leader we’ll see no growth.
A point of humor for me was when he said neither the unexpected expenditure on the war on terrorism could hinder us from reaching our objectives. 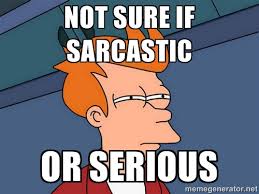 I didn’t know we had reached any objective. Unless the objective was to see 2016 alive.
Then he adds that “We can do better. We must do better.” It is this point that stayed with me. Yes we can and must do better and that will not happen by being resilient. The president was wrong in saying resilience is the trademark of great nations, history shows that all nations considered great today fought for that greatness. There were strikes, there was collective action, people got fed up and there were revolutionaries. Enduring is great but it won’t take you to the next level.
The fact that our president would see that as a trait to commend us for should worry us. Have you asked yourself, maybe we’re being too enduring, a bit too resilient? Have we accepted our fate with “Camer c’est Camer”? Have we come to expect the demands for bribes, have we come so weathered by the mismanagement that we no longer question why we have to pay for the nurses gloves when we go to the hospital? Have we become so accommodating that the president can giv e us unsourced statistics on job creation and expect us to take it without question? Is our resilience a virtue if it means we take “reviewing fuel prices downward and family allowance upward” and an increase in cost of making a passport without question? Perhaps if we were less ‘resilient’ our president would have managed to offer one New Year, Youth Day or National Day speech in English.
The thesaurus offers the words strong, buoyantand hardyas synonyms for resilience. These words no doubt suit Cameroonians- we hope, hustle and adapt to the situation as it comes, we have done same for #33years.   Thinking on it, I’m reminded of one of Phylicia Rashad’s lines from Tyler Perry’s For Coloured Girls: “I do you like I do you ‘cause I know you can handle it, I’m sorry.” Our strength, a result of experiences we wish we hadn’t had is being abused. We have to realise that an unchecked virtue is a vice. Our resilience, our willingness to put up with it all may be at the root of our stagnancy.
As such, I propose a New Year resolution for Cameroonians. Don’t be too resilient this year. Call out the crap when you see it, question and make sure they know that we know what is wrong. But more, try in your own corner to make the wrong right. 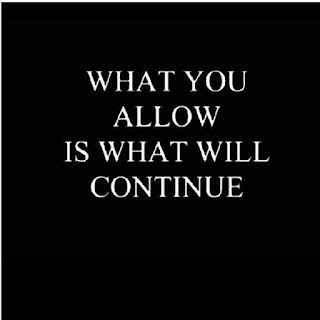