This might sound like a rant, but if you are a follower of this blog you should be used to it by now.
Some months ago the G.C.E  results were released and successful candidates from all  around the country traveled to Buea (though not immediately necessary) to apply for admission into the University of Buea. The application procedure is now done online after paying the application fee to the schools bank account from any region in the country. It was not necessary that they come, yet they did. Thousands of young applicants came excited, anxious and completely clueless. They didn’t know how to access the application forms online. They didn’t have email addresses, and those who had email addresses had forgotten how to access that because they’d had help creating it just so they could have Facebook accounts. So they paid some fast boys who had set up along the road to apply for them, 1000frs cfa each. They will NOT pay to learn on their own. Heck, if you offer them free classes  to learn they would not show up.
That is not all. These aspiring scholars could barely fill out bank deposit forms because they have been told “do this, put that there” all their lives so find it difficult to reason independently  that though their surnames come first on their documents, it is not their first names. Oh let’s not forget, most of these kids passed through “Computer Science” classes for at least five out of the  seven years of the secondary and high-school, some even took Information and Computer Technology (ICT) as a paper at the GCE A levels and passed with B’s…
Yet this is not a rant about the lack of pragmatism in our educational system (though I am sorely tempted to start that). This is about the fact that most of these applicants as well as most of those already enrolled at our universities are wanna-be-bushfallers. They are literally itching to leave the country. Apart from those playing the Green Card lottery with the regularity of their birthdays there are those hoping to snag a bushfaller during December when they come home like birds to the nest. I’m referring to the many that watch Nollywood movies and believe that if one prays enough a rich guy would come along and take you out of the country or … well you get my point. 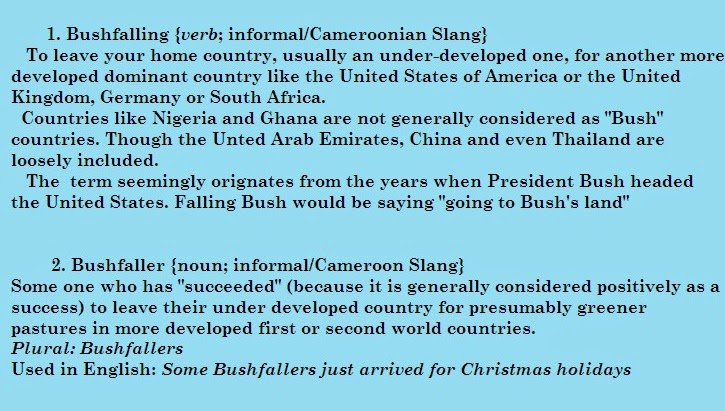 We all know at least one of them and we love them even as we shake our heads at their naivety, at how easily impressed they are, how much they believe leaving the country will solve all their problems and some and more at how little effort they put in despite their dreams of luxury.

Why am I bringing this up in travelogue? A few months into my trip here I can’t stop myself from imagining one of the wanna-be-bushfallers in my place with every new situation. Every time I encounter some new digital process or anything less manual I keep thinking. What would (insert name here) do if she finally got the visa she always wanted, she cannot even remember her password to one email account. Imagine handling the pin codes for seven different cards, passwords for at least three email addresses (personal, school, and office).  I was considered addicted to my laptop and crazy about the internet back home, yet it is obvious WiFi is a one of the pillars of life this side of the Atlantic.
Let me give a rundown of the thoughts going through my head as I try to imagine those wanna-be-bushfallers in my place throughout the day.

But then I discussed this with a girlfriend of mine, and we came to an agreement that this whole bushfallingthing is a trap. Those here know how it really is. They know the job was not easy to come by. They needed training for even the menial of jobs and it cost, and in some instances they still needed connections. Those here know a typical Cameroonian with the laissez- faire/ Augmentez les pris/ chop broke pot attitude would not cope here. But they encourage those back at home to aspire after bushfalling anyways because they know the trick. 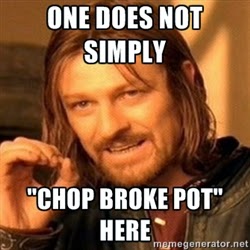 Here’s the trick: something almost magical happens when that typical Cameroonian arrives here and sees just how hard it is, sees that “making jest” gets you nowhere. When it sinks in that there is no neighbor to beg for salt if you lose your job or to ask to babysit your child if you are careless and get pregnant unplanned, yes, when this sinks in the magic happens. What magic you ask? The magic of maturity, of self-responsibility, discovery of purpose, birth of ambition and generally growing up.

Yes, growing up, the thing we aren’t encouraged or sometimes even allowed to do in a society where at 30 a man can still shamelessly be dependent on his parents, siblings etc. Or at 21 a girl could have had three kids with irresponsible guys accepting that her mother will of course take her grandchildren in (with chiding of course but never the less). I am not condemning these cases. I am very aware things are hard; surviving in Cameroon is a struggle. Progressing and flourishing is nothing short of God’s grace and a more than one life’s share of hard work. But, and this is a big BUT it is not really different elsewhere. 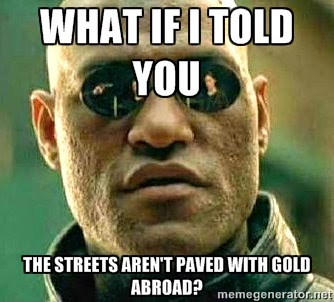 Where am I going with this? Simple. I think we give up on our country too soon. I think if the “magic” of maturity, of self-responsibility, discovery of purpose, and birth of ambition and generally growing up could happen while IN Cameroon we wouldn’t be under developed much longer or find a need to lie about human rights abuses to leave the country. I think we need to realize the fact that the things like the London Tube system were not built in a day and democracy will not come if we all run away and we can’t fix a country by clicking a like button for foreign aid. 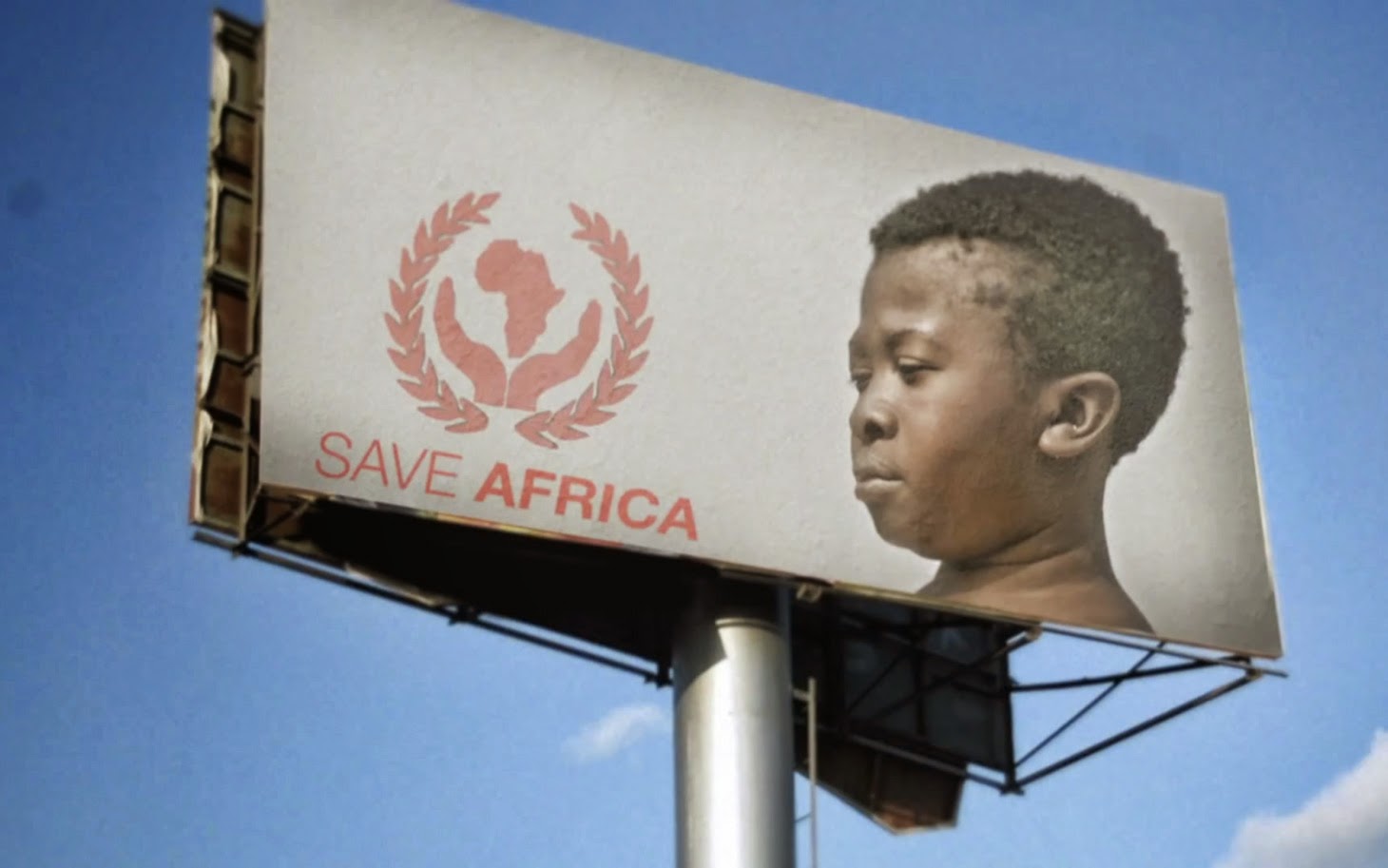 We need to fix our own.
Maybe I’m being idealistic; you may think I don’t know what I’m saying. I’ve had an argument with someone who said I only have such views because I’ve been lucky to get a scholarship; I responded that it was no luck. You see watching Cameroonians in the diaspora proved the old saying “Na condition make njanga e back for bend”(loosely translated: tough situations makes tougher people) when pushed hard enough, when enough is demanded from them and their back is against the wall, we can do extraordinary things to survive. But since we don’t demand enough from ourselves, from our communities from our leaders in our own habitat, our country, you see us drinking at the bars which serve as starting points for every other road cursing while watching football and declaring “Augmentez les pris, on va toujour bois”.
I’m just shaking my head.
Share
0